I had planned to start removing the roof again from LGL last Sunday but by the time I got into my overalls, I wasn’t really that motivated.

I’d been toying with posting a few more “before and after” shots for a while, so I decided this was a better use of my time. There’s no rush to remove the roof until spring gets here… with the rebuild coming together 4 months later than I had planned, it’s safe to say the Santana Trophy will have to wait until 2019.

So after fiddling around with iMovie on my MacBook I put together s short montage of before and after shots taken over the last 2 years. The maximum file size permitted on WordPress is relatively restrictive when it comes to video which means if you want to see it… you have to click here

Sorry about the music… options were limited.

…Never figured out how to create a “still ” montage for the “Feature Image” so you’ll have to live with a vintage Castrol Oil sticker instead 😉 On on. 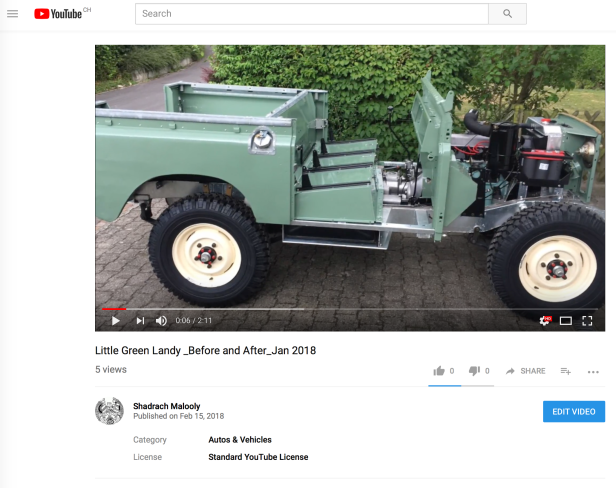